So a bright and sunny Saturday we were to go across to another province through the modes of local taxis, trains, and a mini van and spend around 14 hours out of our hotel. Get out of our comfort zone (yes, the same cubby hole hotel room with no TV, no Internet, limited elevator services, etc… that ‘comfort zone’) and get the local experience  roughing it out amongst the locals.
The first stop was after a 2 hour train journey to the city of Taiyun in the neighbouring province and another hour by road to the Qiao family courtyard. 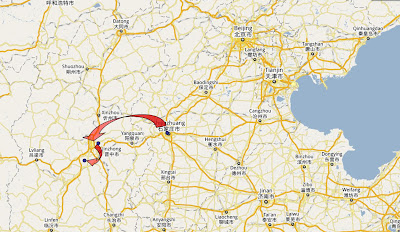 The Qiao family was one of the richest in this province and in China for over 5 generations and had interests in transport, food, hospitality amongst other things. Their residential HQ is what is now a tourist spot (and the entry fee to this is what sustains generation 7,8,9 currently). The house is obscenely huge in size and while the family was exceedingly rich, commercial architect services were apparently not commissioned. Seems that a young Qiao baby from Gen 2 was given 200 pieces of Lego blocks and whatever he created was replicated 50 times over to make the house.
The next was the Pinyao ancient city. A world heritage site about an hour further towards the west. 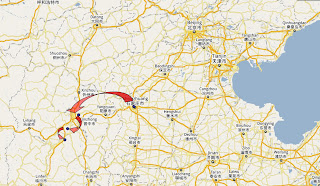 I have a theory that if you spend long enough in a really really old city/area, after some time the age starts rubbing off on me. In around 2 hours I left the city nearly 60 years older – or so it seemed!