(Disclaimer #2 emphasized)
It’s time to go over the entire team once. We’ve been here a little over a week now and this is the right time to go over the list. Introductions last week would have sounded a bit like this: Analyst… Architect… Technologist… 4 years… 9 years… 12 years… dancing… yoga… music… reading….career… wife… kid… marriage… etc.. with polite applause for everyone.
Hopefully this would be more insightful: 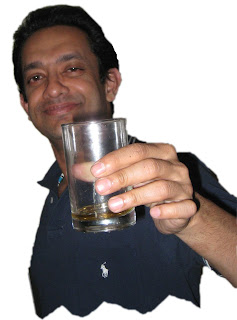 Duli: This SriLankan from US is highly recognized for his attempts at learning Chinese. Slightly better known for his attempts towards acquiring Chinese though. His name is derived from the first four letters of “Do Little more than the others in the race’.He also owns the unique pick-up line of "I don't eat crustaceans". Is it any wonder that a 30 minute discussion is bound to follow? :)
Duli's project is with a nail-polish remover manufacturing organization and the objective is to get finger nails (and probably hair) to drop off by drinking the stuff they make. Cheers to Duli.. hic! And all the best to him. 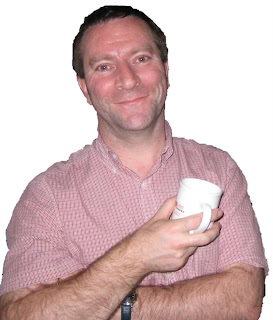 Denis: The most balanced participant in the Eleven. Mature and wise, he’s always got a genuine resolution to problems of the others and one can count on him for a sympathetic ear in all scenarios. As befits a true Frenchman, he can handle the wines around him... errr.. the whines around him very well. 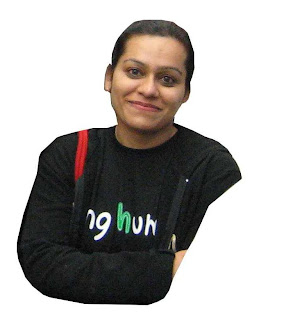 Shruti: This Indian girl from Delhi wears her attitude... literally. The 'Being Human' t-shirt could well be an unambiguous proclamation of her vaishnav calling in life (if not some childhood fascination with Salman Khan, of course). She can sniff out garlic and onion in food in a jiffy (though one persistent odd egg did almost get through to her once). Any meal that we order has one extra course right upfront in addition the standard ones of entrees/salads/main-course. And this is the Shruti-course which we all have to help negotiate. 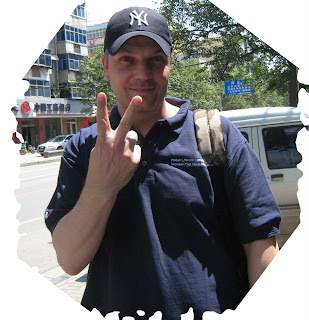 Tom: In my experience with group travels/vacations in the past, the guy with the biggest one always gets noticed, listened to, respected and treated as a class apart. That's Tom in our group. He carries a Canon DSLR (!!) which is clearly the largest in the group. There is something uncannily enviable about Tom… if he asked you to poke your fingers up your nose for the sake of an artistic picture... you’d not only do it, but also consider yourself lucky to have been the chosen one.
He knows the control he (and his camera) has over people. Oh! to be Tom! 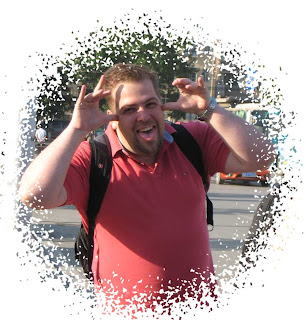 Carlos: He's half of the Brazilian contingent on board the assignment ship and also devoted to the cause of acquiring Chinese. While SriLanka doesn't play much soccer, the score is clearly in favor of our non-crustacean friend.
...more to follow.
Posted by Mukul at 5:08 PM